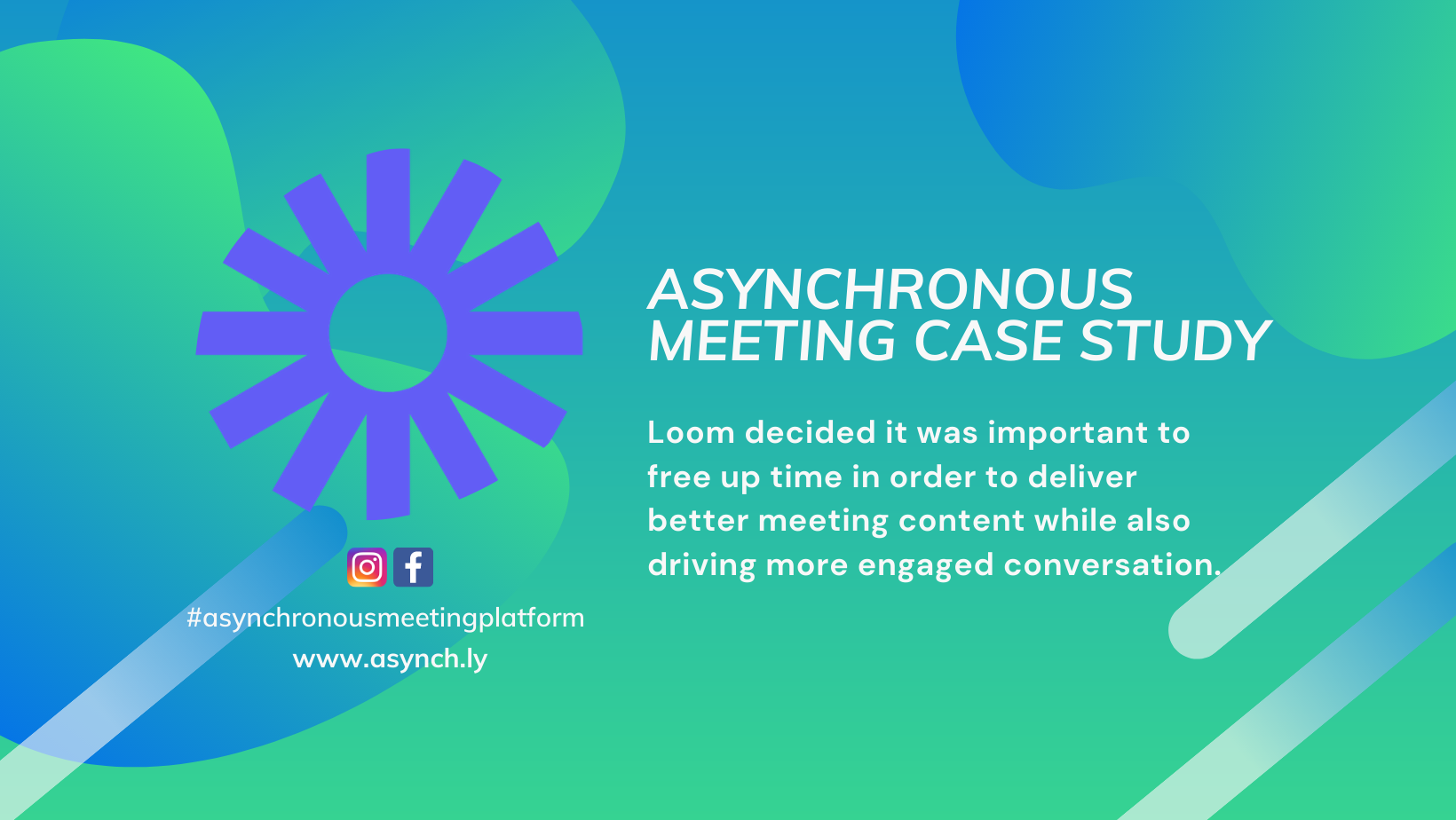 In this post, we examine the push behind asynchronous meetings at Loom.

Note: The information in this post was sourced from Loom’s original post, which can be found here.

About the Company and Team

It feels a bit “meta” to be examining the concept of asynchronous meetings at a company that offers a product to deliver asynchronous video messages, but here we are.

Loom lets its users record and share video messages of your computer’s screen, cam, or both. They believe that the videos are faster than typing an email or meeting live — or as we’d say, “meeting synchronously.”

The Problem they Faced

At Loom, there were three main problems the leadership identified as challenges with their synchronous all-hands meetings.

Their Approach to Solving It

As a company devoted towards building an asynchronous communication tool for the workplace, Loom decided it was important to free up time in order to deliver better meeting content while also driving more engaged conversation.

So, rather than have presenters talk live to the team in a synchronous format, the company’s leadership asked all-hands meeting presenters to record brief videos using Loom to share their updates. In turn, the team was tasked with watching the videos at a time convenient for them.

Loom has found it useful to schedule a synchronous meeting after employees have had the chance to review the videos. This time is for Q&A based up on the asynchronous presentations.

Join our email list to get insights, resources, offers, and best-practices delivered straight to your inbox in an easy-to-read weekly digest.
Thank you! Keep an eye out soon for an email from us!
Oops! Something went wrong while submitting the form.
*While we love parties, we'll never share your email address with third parties.

More from the Blog 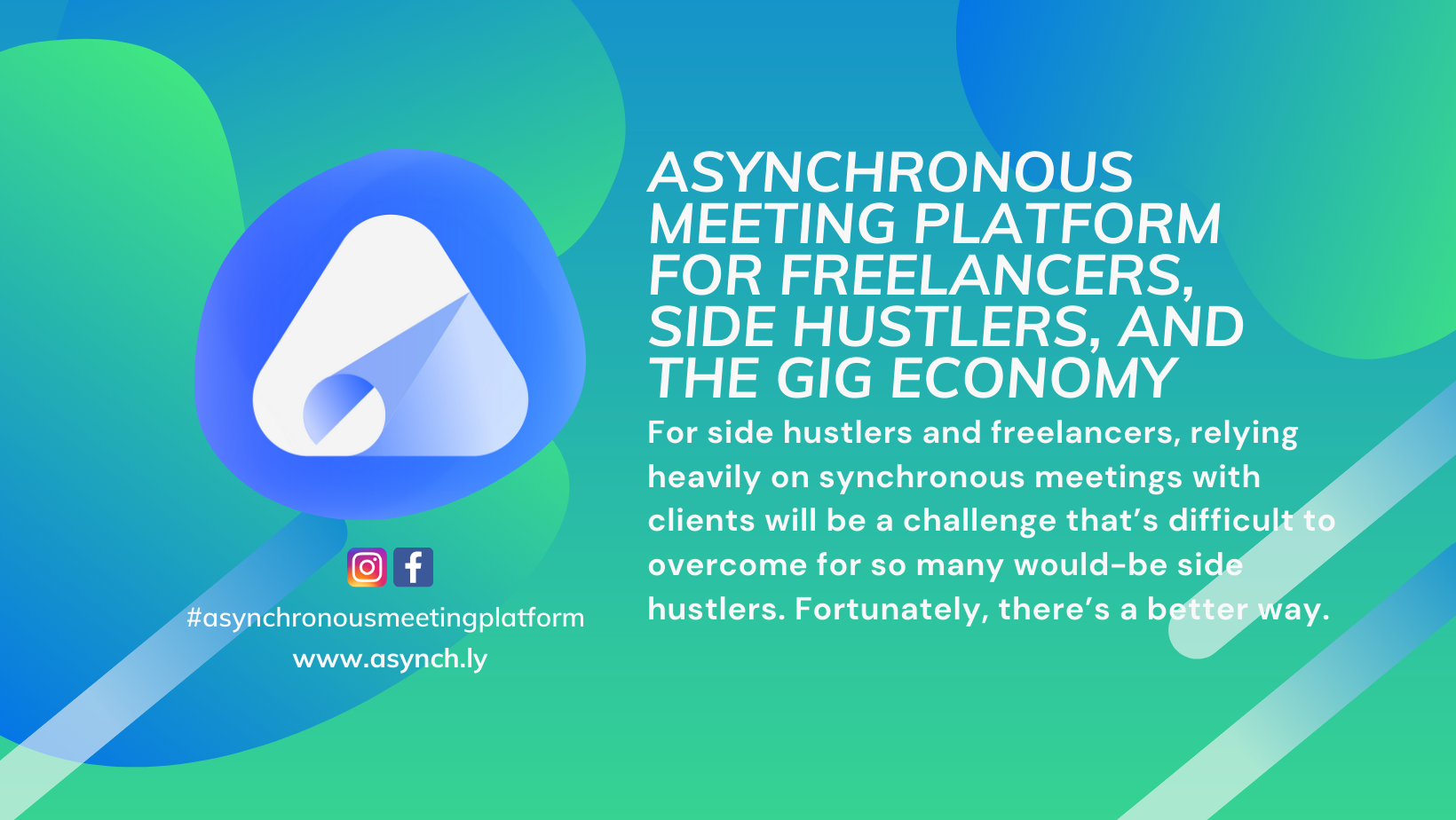 Asynchronous meeting platform for freelancers, side hustlers, and the gig economy

For side hustlers and freelancers, relying heavily on synchronous meetings with clients will be a challenge that’s difficult to overcome for so many would-be side hustlers. Fortunately, there’s a better way. 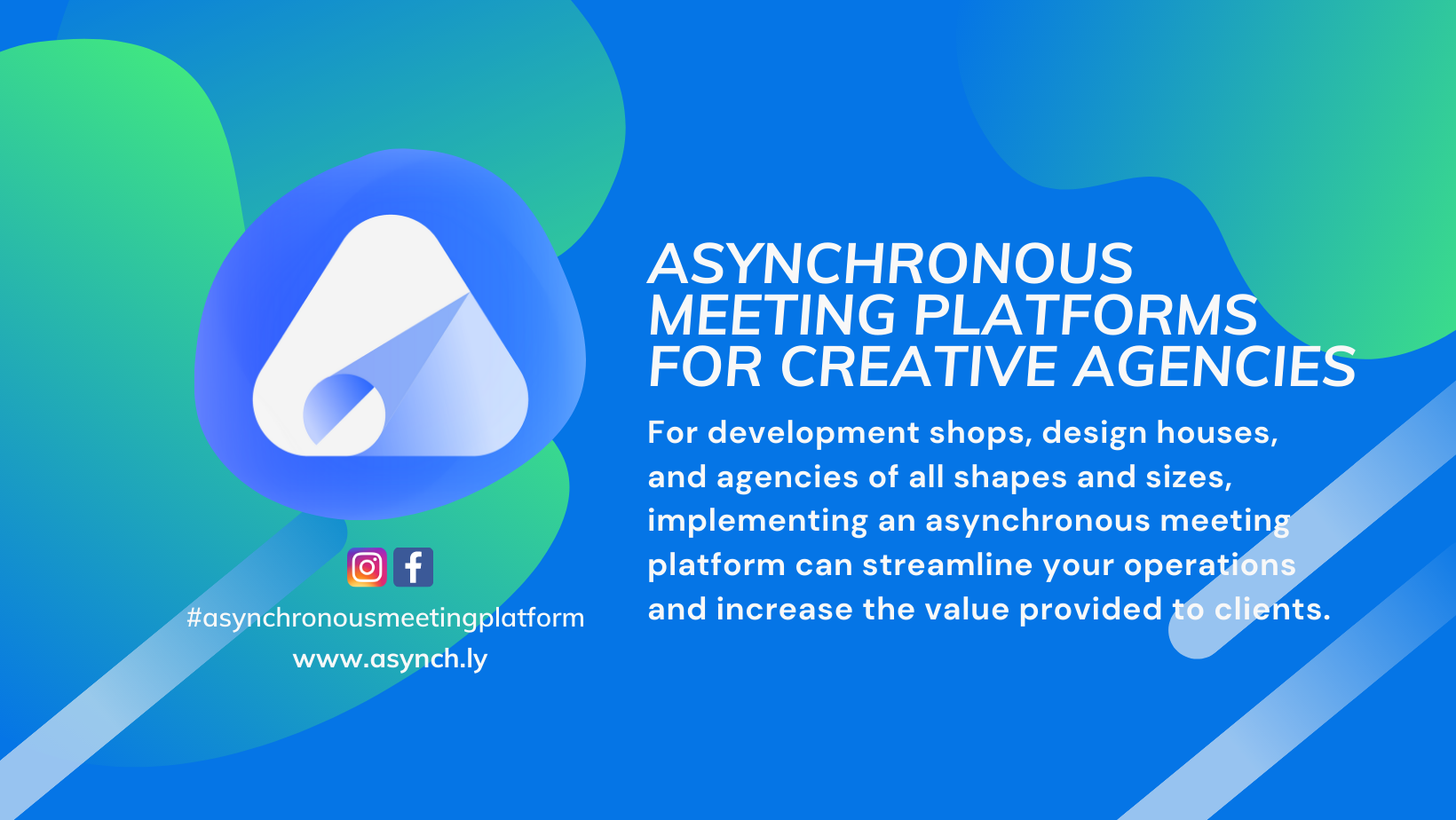 For development shops, design houses, and agencies of all shapes and sizes, implementing an asynchronous meeting platform can streamline your operations and increase the value provided to clients. 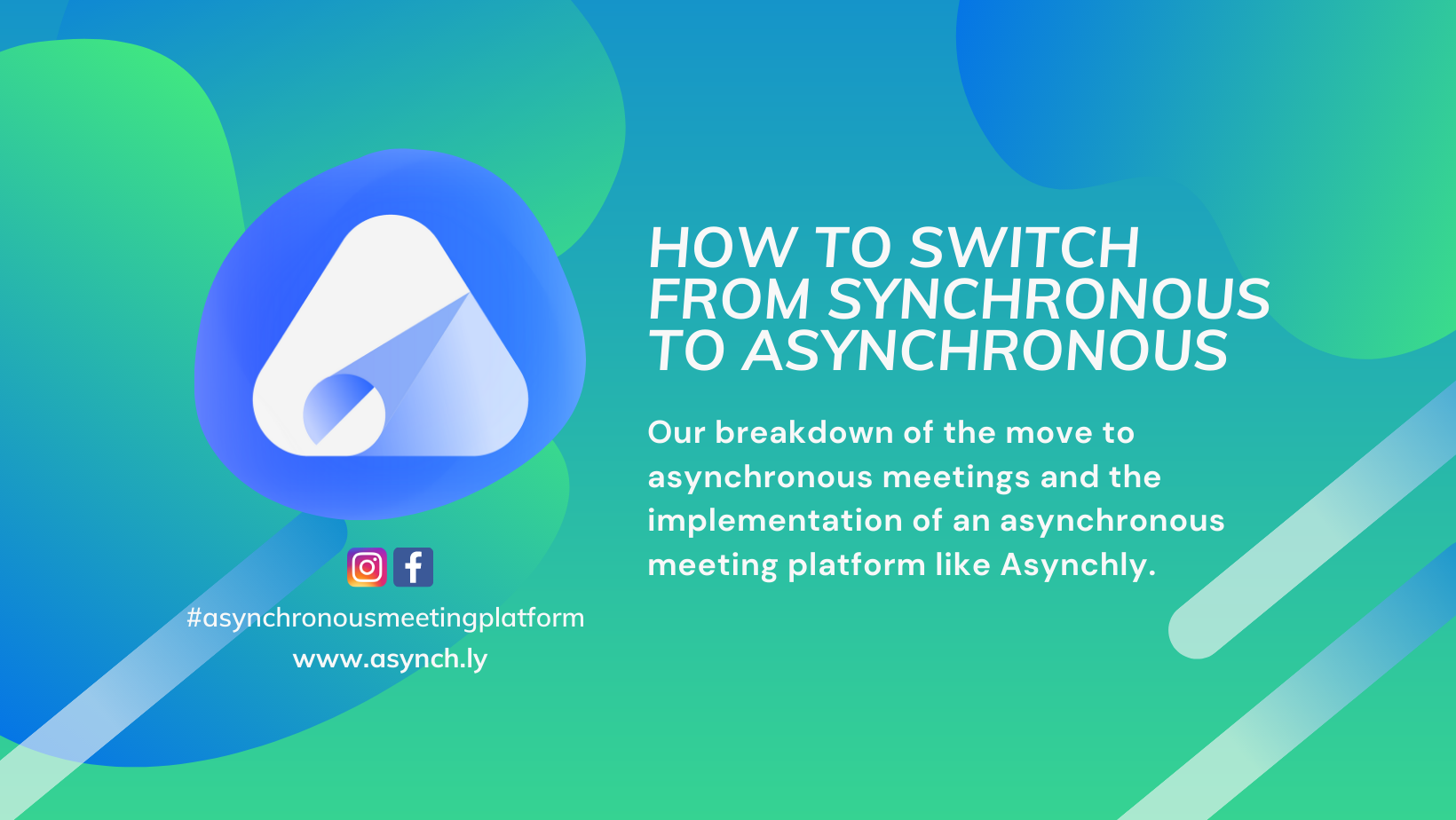